Tips » Cancer and its Types

Cancer and its Types

Cancer, this name has been roaming in the entire world for almost more than a decade now and has all the world frightened of it. Everyone knows that cancer is a lethal disease which kills whoever gets it but what they don’t know is what causes cancer and how many types of cancer are there. It is surveyed and proven that Cancer is the second largest killer of humans in US, the first being the heart attack and kills more than a hundred people every year. In the past few years the ratio of cancer in humans has increased incredibly and has stressed the doctors and scientists around the globe. In this article I will be discussing in detail about Cancer and its types. 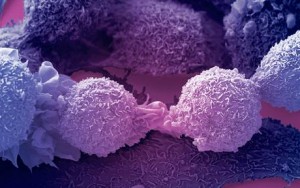 Cancer is a disease, a very lethal one, which is caused due to the abnormal growth of the cells in the body. All the cells in the body have a natural and balanced growth system according to which the old cells die and the new cells are created timely. When that balanced system is disturbed and the cells grow at different speed than the normal one, than cancer is caused, which in turn causes more and more cell growth, interfering in the other functions of the body. The part of the abnormal growth of cells, which is in the form of an accumulated mass, is known as the tumor.

There are main two types of cancer:

Malignant is the type of cancer which occurs when the growth speed of the body cells increases to double or triple the normal growth speed and therefore so many cells are created where there is no need or space which causes the organs to jam and stop working. This is the most dangerous kind of cancer because it is known as the cancer with roots and this can travel from one part of the body to the other very quickly, as in a matter of days and weeks. One major problem of malignant cancer is that even though it gets removed through surgery at an early stage, there are chances that the tumor might grow back and takes the form of a full fledge cancer again.

Benign cancer, which is mostly called as a tumor is considered less of a threat than malignant cancer because these tumor cells do not travel from one place to another and therefore once they are removed from the body, they don’t grow back to form a dangerous killing cancer. In benign cancer, the growth speed of the cells becomes lessened which is still abnormal and causes the accumulation of dead cells and slow-rate created cells. Doctors remove this tumor through normal surgery and in most of the cases of benign cancer seen around the world; people have survive and are living a healthy life afterwards. However one must be careful even after the tumor is completely removed and try to have regular checkups from their doctor as taking a chance with health is not advisable in any sense.